“This is going to be a game changer for Melbourne in terms of cementing our place as a world leading design city,” the Deputy Lord Mayor said.

“We want to see streets and squares as beautiful as Amsterdam, a skyline that is as classy as Chicago and a design culture that is as hardcore as Copenhagen – all done in a Melbourne way.

“We’ve brought together some of the best and brightest in their fields to help us set the standards and transform Melbourne.”

The Design Excellence Advisory Committee will advise Council on design advocacy and culture, with a focus on opportunities to re-assert Melbourne’s global reputation as a leading design city.

Monash University Architect Shelley Penn AM said she was excited to be part of the Melbourne Design Review Panel.

“I’m thrilled to join the City of Melbourne in leading the culture and delivery of design excellence in my home town,” she said.

“Design quality is critical to ensure public places – and the buildings that impact them – are inclusive, amenable and delightful for all people, and the review process is key to achieving that.”

Melbourne University Associate Professor of Architecture Rory Hyde said he was also keen to be involved.

“I’m thrilled to be joining the Melbourne Design Review Panel,” he said.

“Design is more than just aesthetics, it’s central to ensuring that the city works for everyone.”

The Deputy Lord Mayor said the new bodies are an opportunity for Melbourne’s world-class design and industry experts to work together to improve the city.

“We want to work in close partnership with industry to deliver quality urban design and architecture, heritage conservation and adaptation, improved sustainability and greening outcomes,” he said.

“Better quality developments benefit everybody, from street traders and developers to investors, residents and visitors to our city.

“By working together, we can ensure Melbourne remains one of the most architecturally exciting cities in Australia. I’m incredibly grateful all of our members have agreed to be involved.”

The first meetings of the two new bodies will take place before the end of 2021.

Members of the two new peak bodies include: 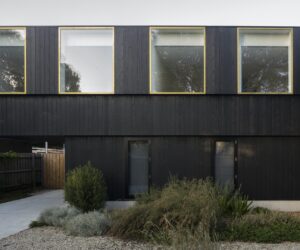