The Younghusband Woolstores rejuvenation project in Kensington has announced its two major tenants; The Federal Government Department of Agriculture, Water & the Environment (DAWE), and ClarkeHopkinsClarke Architects. These major new deals are votes of confidence in the future of the precinct as an employment hub, and in Impact Investment Group as a developer of choice for premium, sustainable office accommodation.

Younghusband’s appointed construction group, Built, who has extensive experience in sustainable heritage redevelopment, has commenced construction, with ClarkeHopkinsClarke scheduled to take occupancy by December this year. Built’s recent projects include rejuvenations of the State Library of Victoria and Flinders Street Station.

The developers, Impact Investment Group, are targeting carbon and water neutrality by the end of the three-stage Younghusband rejuvenation project, with a vision of creating a sustainable heritage precinct for the common good.

Darren Brusnahan, Impact Investment Groups’ Head of Real Estate Funds Management said: “The Department and ClarkeHopkinsClarke came to Younghusband, attracted by its unique combination of sustainability, a stunning building, fantastic A-grade workspaces and Kensington’s urban-village character. We greatly admire the architectural work of ClarkeHopkinsClarke and the culture of their business: social and environmental impact is at the core of their work.

“They’re at the forefront of companies who are moving into Arden-Macaulay growth corridor. You’ve really got to congratulate the City of Melbourne and the State Government. Their vision for the Arden precinct has the foresight to ensure the growth in jobs and residences in Melbourne’s inner northwest is environmentally sustainable and socially inclusive.”

The Younghusband redevelopment is supported by significant State government investment in major transport infrastructure in the surrounding area. The site is served by existing access to four train lines, off-road bike paths and CityLink. In addition, it benefits from the State Government’s $10.9 billion Metro Tunnel project, which will deliver a new underground station, North Melbourne, within 10 minutes walk of the site, connecting Younghusband to the CBD (2.5kms or two stations away) and the south eastern suburbs.

Younghusband was rezoned from Industrial to Commercial Zone 2 in 2017, and the site’s Stage 1 development permit was issued in 2018.

The Commonwealth Department of Agriculture, Water and Environment have agreed to lease almost 4400-square-metres of office space, bringing together 400 staff from three sites across Melbourne, representing one of the largest leasing deals outside of the CBD.

ClarkeHopkinsClarke Architects, a multi-disciplinary design practice with a 60-year history of community architecture, has agreed to lease a further 2700square-metres, moving around 150 staff from Collingwood.

ClarkeHopkinsClarke Managing Partner Robert Goodliffe said: “As architects who have a diverse practice specialising in community architecture and a mission to create vibrant communities, we jumped at the chance to become a park of this beautiful industrial village for the common good. It’ll allow us to double down on our beliefs. The space is magnificent, and we’re excited by the opportunity to work within a diverse community of likeminded businesses supported by Impact Investment Group, which is a for-purpose developer we believe in. This move is a no-brainer for us as a certified B-Corporation, committed to business that positively impacts the environment, our staff, clients, suppliers and the broader community.”

The Department of Agriculture, Water and the Environment’s lease size is within the two largest new office deals outside the Melbourne CBD by NLA, and the ClarkeHopkinsClarke lease is within the five largest, according to Cushman and Wakefield.

The leasing agents for Younghusband are Ben McKendry at Cushman and Wakefield, Matt Kent at Savills Australia and Rick Berry at Fitzroys. They will be progressively leasing the remaining coworking, commercial, retail and hospitality spaces as the wool store rejuvenation nears completion over the next 18 months. 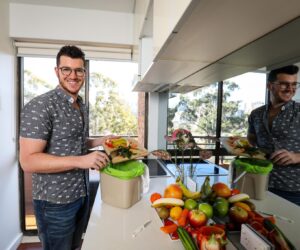