A premier arts and culture hub, the Precinct is home to nine of the nation’s foremost performing arts companies presenting a vibrant program of musical concerts, theatre performances and public events throughout 2022.

This Autumn, the newly refurbished 1,800 square metre Pier 2/3 event and commercial space has been launched with the internationally renowned art exhibition, the 23rd Biennale of Sydney, titled rīvus, which returns to Pier 2/3 for the first time in 10 years. The exhibition at Pier 2/3, running until 13 June 2022, features 20 commissioned artworks by leading Australian and international artists who have responded to the theme of “briny” environments, where saltwater meets freshwater.

The waters of Walsh Bay Arts Precinct will also be activated for Vivid Sydney from 27 May – 18 June, as it comes alive with a 100 metre floating Light Walk, a first in Vivid’s 12 year history. Incorporating the large-scale artwork Ephemeral Oceanic, produced by Sydney-based Atelier Sisu, visitors are invited to walk under more than 200 giant, bubble-like spheres hovering eight metres in the air.

Located on the traditional lands of the Gadigal people, Walsh Bay has been a place of gathering for thousands of years. Former wool stores built between 1913 and 1920, Wharf 4/5 and Pier 2/3 are an integral part of Sydney’s history and now feature a heritage-sensitive design by Tonkin Zulaikha Greer Architects, undertaken by Richard Crookes Construction. As the northern most operational pier at Walsh Bay, Pier 2/3 was a key ‘open berth’ location for passenger ships and following the Second World War, the wharf functioned as a migrant arrival point for new families starting their lives in New South Wales.

Public Programming Highlights Presented by the Resident Companies & Others

The Australian Theatre for Young People 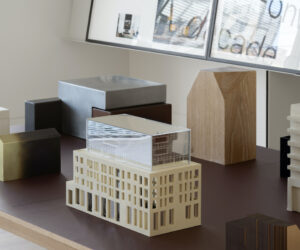