Tarnanthi: Festival of Aboriginal & Torres Strait Islander Art 2019 will feature the work of more than 1000 artists from around Australia in exhibitions at the Art Gallery of South Australia and venues across South Australia, as well as an art fair.

Tarnanthi Artistic Director, Nici Cumpston says, “Tarnanthi is a place of ideas and discussion, a gathering place for people to come together to encounter other viewpoints and to make connections. It is an opportunity for new and old relationships to develop and it is a chance to look, listen and hear one another.”

This year’s festival will be launched at AGSA on the night of 17 October by special guests including internationally acclaimed Yolŋu artist and ceremonial leader, Djambawa Marawili AM; Yolŋu award-winning rap sensation and Australian of the Year, Baker Boy, as well as performances by artists from the Tiwi Islands and from northeast Arnhem Land. More than 300 artists from across Australia will be welcomed to Adelaide to join in the opening weekend celebrations.

Rhana Devenport ONZM, Director AGSA says, “Visitors to Tarnanthi 2019 will experience sixty-three collaborative or solo projects, thirty presented at AGSA and another thirty-three at thirty partner venues, as well as an abundance of publicly accessible events such as the panpa-panpalya ideas forum, where visitors can hear directly from artists about current and important conversations.”

Participating artists from fifteen to eighty-one years of age, while works of art span a range of mediums across painting, photography, printmaking, carving, sculpture, moving image, works on paper, textiles and performance.

At AGSA, Artists from Buku-Larrŋgay Mulka Centre, a tropical hothouse of creativity at Yirrkala in north-east Arnhem Land, will present a project titled Gurruṯu at AGSA, which explores the intricate knowledge system that connects people and the universe across time.

Wiradjuri/Kamilaroi artist Jonathan Jones has curated Bunha-bunhanga: Aboriginal agriculture in the south-east. As the first visual representation of the ground-breaking research of award-winning author, Bruce Pascoe, Jones unites historical landscape paintings and drawings from around the country with rarely seen Aboriginal agricultural tools from museum collections in the Gallery’s historic Elder Wing. The project will also encompass an exhibition at the Museum of Economic Botany in the Adelaide Botanic Gardens

A truly South Australian collaboration for Tarnanthi 2019 is that between JamFactory and Ninuku Arts in the Aṉangu Pitjantjatjara Yankunytjatjara (APY) Lands. Glass blown at JamFactory was sent north to Kalka, where artists hand-painted the glass ‘starter bubbles’ with their characteristic designs and fired them in Ninuku’s new kiln. The bubbles then travelled back to Adelaide to undergo their final transformation, by being expertly blown into large glass vessels at JamFactory, where the works will be presented.

A highlight over the opening weekend is the annual Tarnanthi Art Fair at Tandanya National Aboriginal Cultural Institute. The Tarnanthi Art Fair is committed to the ethical production and purchase of works of art, with all proceeds from sales going directly to the artists and art centres. It is also a unique opportunity to meet artists firsthand about the works of art available for sale. Tarnanthi Art Fair adheres to the Indigenous Art Code.

Across the opening weekend, a full program of public events, artist talks, performances will be open to the public. Held exclusively over the opening weekend at AGSA, artist Ryan Presley’s Blood Money Currency Exchange Terminal will offer visitors the opportunity to exchange Australian dollars (AUD) for various denominations of limited-edition Blood Money Dollars (BMD). Based on Presley’s series of watercolour paintings, money raised will go to Aboriginal youth programs and exchange rates may fluctuate.

Laura Tyler, Asset President – Olympic Dam, BHP says, “BHP’s principal partnership with the Art Gallery of South Australia through Tarnanthi is an ongoing, meaningful relationship of which we are enormously proud. We are committed to building a foundation of social investment, cultural sustainability and economic empowerment, that will directly and lastingly benefit Australia’s Aboriginal and Torres Strait Islander peoples.”

Premier of South Australia, the Hon. Steven Marshall MP is delighted to see the return of the nationally celebrated festival and says, “Not only is Tarnanthi creating a collaborative and nationally acclaimed platform to celebrate Aboriginal and Torres Strait Islander artistic talent, the festival has also generated tens of millions of dollars into our state’s economy. We are thrilled that South Australia is home to this inspiring and influential project.” 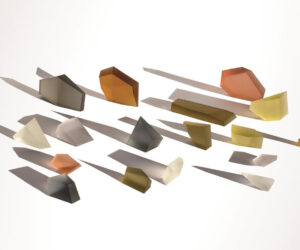