green magazine attended the Smart Energy Summit in Sydney headlined by Atlassian Co-CEO, Mike Cannon-Brookes. The summit covered the large-scale vision for a renewable energy economy with panellists highlighting the transition process to decarbonise the energy sector and create a secure and reliable supply.

Mike highlighted “lighthouse” projects such as the South Australian grid scale battery system and the proposed Sun Cable project in the Northern Territory as examples that are creating a path for others to follow. The Atlassian co-CEO also drew parallels with the agriculture and mining sectors which produce well over Australian domestic requirements and the renewable energy sector needed to adopt this mindset and aim for 500 per cent to 800 per cent of the local market requirements and thus become a significant energy exporter.

Earlier, we chatted with Smart Energy Council CEO John Grimes on the state of play for residential home-owners. As is evident, Australia is leading the world with solar rooftop uptake on a per capita basis. The rebate incentives and feed in tariffs have driven the rapid installation and coupled with the dramatic drop in panel price the Return On Investment is typically four years, enabling free energy for twenty-plus years on the lifetime of solar panels. As John notes, “If you have unshaded rooftop (with suitable orientation) you would be absolutely crazy not to have solar on your roof today – from pure economics.”
Now, with the advent of cheap domestic storage driven by electric vehicle battery technology and production increases, the residential solar battery payback is typically six years. The coupling of storage in the home now enables an on-demand proposition. Additionally, the large scale production of solar electricity from millions of rooftops has delivered an excess of daytime electricity to the market driving down prices and benefitting all sectors. As John summarises, it all adds to a network that delivers “security, good environment outcomes and cheaper prices.”
smartenergy.org.au
AuthorTom Bodycomb 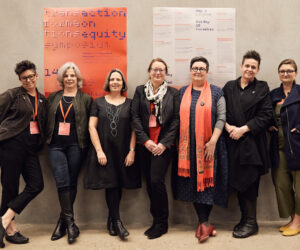