Destiny Deacon retrospective to open at National Gallery of Victoria Destiny Deacon, one of Australia’s boldest and most acclaimed contemporary artists, will be celebrated in her largest retrospective to-date opening at the National Gallery of Victoria on 24 July 2020.

DESTINY will mark Deacon’s first solo show in over 15 years, featuring more than 100 multi-disciplinary works made over a 30-year period, and including the premiere of newly-commissioned works created with the artist and her long-term collaborator Virginia Fraser. The exhibition will also feature a number of early video works created with the late Wiradjuri/Kamilaroi photographer Michael Riley and West Australian performance artist Erin Hefferon.

A descendant of the Kuku and Erub/Mer people from Far North Queensland and Torres Strait, Deacon is internationally known for a body of work depicting her darkly comic, idiosyncratic world view. Offering a nuanced, thoughtful and, at times, intensely funny snapshot of contemporary Australian life, Deacon reminds us that art can have both pathos and humour.

Melbourne-based, Deacon works across photography, video, sculpture, and installation to explore dichotomies such as childhood and adulthood, comedy and tragedy, and theft and reclamation. Her chaotic worlds, where disgraced dolls play out sinister scenes for audience amusement, subvert cultural phenomena to reflect and parody the environments around us.

Featuring early videos which mock negative stereotypes of Aboriginal Australians – Home video 1987, Welcome to my Koori world 1992, I don’t wanna be a bludger 1999 – the exhibition will also feature an installation of a lounge room housing Deacon’s own collection of ‘Koori kitsch’. Deacon and Fraser’s highly acclaimed installation Colourblinded 2005 will also be on display. A powerful combination of photographs, sculptures, and video projections, this interactive work leaves the viewer both literally and metaphorically ‘colourblinded’.

“Featuring new NGV commissions and some of the highlights of Deacon’s 30-year career, the retrospective DESTINY pays tribute to an artist who has been challenging audiences for more than 30 years,” said Tony Ellwood AM, Director, National Gallery of Victoria.

“Destiny Deacon has never shied away from confronting our country’s difficult history and her work continues to make a vital contribution to Australian cultural discourse,” said Ellwood.

Featured in numerous group presentations, Deacon’s work has been included in major international exhibitions such as Documenta11. In 2004, the major survey Destiny Deacon: Walk and don’t look blak was presented by the Museum of Contemporary Art in Sydney, before touring Australia, Japan, New Caledonia and New Zealand.

Born in Maryborough, Queensland, Deacon studied politics and education before going on to work as a teacher and then a staff trainer for Aboriginal activist Dr Charles Perkins AO. Compelled by her desire to express herself and her political beliefs, Deacon turned to photography in her 30s and began making videos featuring a number of well-known people from the Melbourne Koori community.

DESTINY will be on display at NGV Australia from 24 July 2020. Admission to the exhibition is free. Further information is available via the NGV website ngv.vic.gov.au/exhibition/destiny 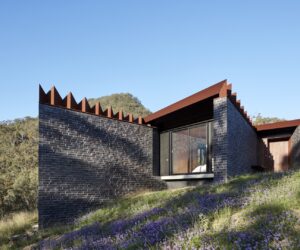 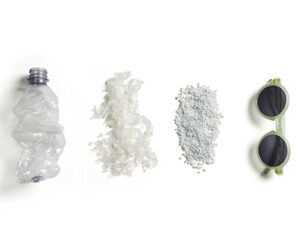