Australia recognises the need to evolve towards lifelong apartment living to address problems of urban sprawl and population growth, and to create affordability and cohesive communities that provide for meaningful interaction and social nourishment.

Yet, with key questions surrounding design, from quality to supply and longevity, how do we create apartments that will stand the test of time and nurture those who live within them?

Some of the country’s leading architects and developers will come together to address these issues on a panel being held Wednesday 18 July. Those experts are architects Karen Alcock, principal of MAArchitects, and Kerstin Thompson, principal of Kerstin Thompson Architects; and developers Kyle Reeve, development manager of ICON Developments, and Mike McCormack, co-director of Milieu.

One important change in the market that both the architects and developers on the panel recognise is the shift towards owner-occupiers. The industry is now responding to the changing needs of society, creating spaces that are truly liveable in the long-term, according to architect Karen Alcock.

“We need to see apartments as long-term housing solutions, not just a commodity to be bought and sold,” Alcock says.

“We are also in a period of incredible growth and I think that the public are increasingly educated and understandably critical of the design that they purchase. You can’t get away from the investment aspect of any house purchase; we focus on good design which we believe equals a good investment.”

Kerstin Thompson points out that the design of every individual residential project has wider implications for the cities we are creating.

“Arguably, the aspect of residential buildings that is most instrumental in determining quality, both within and beyond the individual dwelling, is the building shell and in particular its typology,” says Thompson.

“Developing or choosing a typology orchestrates the nature of the relationship between public, private and common space, between one household and the next. In designing for domestic bliss we are also inevitably forming the civic realm.”

“We need to provide for a greater range and invention among new housing types, to accommodate a greater range of demographics – not only young professionals but also families and the elderly – and support this mix with complementary programming and community infrastructure such as schools, meeting areas, co-working spaces and the like.”

Progressive developers such as ICON are prioritising this kind of community building alongside environmental and social sustainability. ICON’s 122 Roseneath Street project, in Clifton Hill, co-created in partnership with Assemble Projects and Wulff Projects, is the perfect example. Innovative in several respects, the project began with extensive design consultation in order to discover what was most important to potential residents.

“Historically, multi-residential developments have been about yield, costs and projects have been delivered simply to produce investment products not homes for people. I think one of the most exciting trends right now is developers taking a more holistic view and considering who the occupant actually is. Intensive consultation and a greater emphasis on owner occupiers are key trends here,” ICON’s Kyle Reeve says.

Mike McCormack, co-director at Milieu – which is currently working on a Brunswick project, Breese Street, with DKO and Nightingale innovators Breathe Architecture – believes good quality design can be achieved while still delivering on affordability.

“At the commencement of the design process we consider purchasers, who they will be and what they are likely to require and desire in their home. Our decisions are informed by our own experiences and also through detailed buyer engagement and feedback. We invest in quality materials – inside and out – and finishes and fixtures that will last. This means our properties will wear in rather than wear out, and in turn hold their value and appreciate over time. We have experienced this through the few re-sale results of Milieu homes,” McCormack says.

“We are facilitating, encouraging and responding to consultation from an ever better informed market. For example, on our Breese Street project, through our design survey, buyers told us they didn’t necessarily need air conditioning as standard. Therefore, instead we have adopted hydronic heating and ceiling fans as standard and offered AC as an option. Listening to what purchasers desire allows us to focus on delivering homes that meets their needs now and into the future.”

Developers and architects working together to prioritise design outcomes is another developing trend, Reeve and others agree.

“People often say design is driven by architects, and I totally agree, however the decisionmaking authority ultimately sits with developers” says Reeve.

“To create a strong partnership, the developer must really appreciate the architecture and the architect should understand the commercial constraints to ensure a great design outcome is achieved.”

Like Thompson, Reeve believes flexibility over a lifetime could be built into developments. It’s something he believes Australia might benefit from by looking at the United States and Europe’s approach to apartment ownership.

“Your stages of life change so significantly that a single apartment might not be able to provide everything you need but you can have a well-designed building that does. It’s not uncommon in the United States for a person to move from a two-bedroom to a three bedroom and then, later in life, downsize to a one-bedroom – all in the same development,” Reeve says. 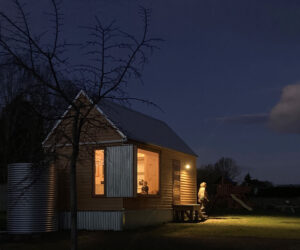 Open House Launceston back for 2021