Get in touch Model, image by Patrick Stein

Budding designers have created their own solutions for a future light rail station in Canberra as part of the Young Designers Light Rail Ideas Competition held at the University of Canberra this week.

Organised by the Australian Institute of Architects ACT Chapter in collaboration with ACT Government‘s Capital Metro Agency, and led by competition director, Janet Thomson, the two-day event brought together more than 100 students from 14 schools across Canberra.

Working collaboratively with architecture students and graduates, the high school students conceptualised a range of designs inspired by the city’s natural and built environment and rich cultural history.

Students came to the two day competition with an eagerness to explore and evolve a variety of ideas and proposals. For some it was the landscape setting and trees, while others were focused on ecological principles, materials and adaptable designs. Accessibility and safety were also common themes among the entries in addition to social responsiveness and providing facilities that would engage with the community.

The teams of three to five students were assessed by the jury for best station or light rail stop design, best connection to neighbourhood/community facilities and most innovative idea, with the jury awarding a first and second prize for each category.

The winning proposals were strong in their resolution of creative ideas. Each project had a distinctive connection to place and provided architecturally vibrant, sustainable, and community focused environments for light rail travellers.

‘Education is the most powerful means which you can use to change the built environment. Competitions like this are an excellent opportunity to increase the understanding of architecture and the endeavours of architects among our future leaders,’ ACT Chapter President Andrew Wilson said.

‘As the current and future users of our public transport system, the contribution of younger Canberrans in generating ideas and aspirations is invaluable and provides them with a strong sense of ownership and identity for their city.’

Visit haveyoursay.capitalmetro.act.gov.au/light-rail to view the winning designs and vote in the People’s Choice Awards.

First Prize: “Barking up the Right Tree” by Lyneham High School – Crayons ‘This project is a bold insertion into Garema Place where bark has been used to inspire the design of the shelter. The design is an inviting space for a diverse demographic.’ – Jury citation

Second Prize: “Get in Touch” by St John Paul II Catholic College – Get in Touch ‘Utilising tree branches as inspiration, Get in Touch focuses on the natural environment

and uses the shape of a leaf to shelter the rail stop.’ – Jury Citation

First Prize: “Bringing the Outdoors in” by Telopea Park School – teleo2600 ‘This project creates symbols or icons to represent various stations that are meaningful to places in Canberra. Environmental sustainability embodies the design and connects people to nature.’ – Jury citation

First Prize: “It’s About Time” by Lyneham High – Leaps + Bounds ‘Winner of two prizes, this project is powerful in its use of Canberra’s history to inspire the design.’ – Jury citation 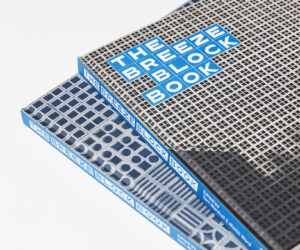