The rendered masonry façade replicates the original shop, while the new addition is covered with a solar array and green mesh panels for passionfruit vine to grow. A large pivoting shutter allows for light and ventilation when open or closed. Bunk beds and cupboards are all built in. The spiral staircase flushes out hot air through the north-facing louvre windows. A bench seat, storage and hooks keeps the entrance organised. The exposed soffit of the rooftop garden steel planter beds forms the ceiling. The ground-floor guest bedroom has pressed fibre cement walls and a concrete floor with hydronic heating. Steel troughs have native plants and a productive garden, as well as clay beads that grow bacteria to filter water.

Architect Clinton Cole integrated landscape, food and energy into the architecture of his family home to create a machine for sustaining life.

“A house must be a machine for sustaining life if we are to survive the next 100 years,” says Clinton Cole, referencing Le Corbusier’s famous statement: “A house is a machine for living in.” Clinton is director of CplusC Architectural Workshop, and his new family home in Darlington, Sydney, integrates nature, energy, water and food into the architecture, so that it generates and stores solar power; harvests and recycles rainwater; and produces fruit, vegetables and fish. “This house brings meaning back to architecture and connects people with landscape, food production, energy and rainwater capture,” Clinton says.

The house is located on a 90-square-metre wedge-shaped site that Clinton would walk past on his way to University of Sydney where he studied architecture. He long had his eye on the derelict property for its orientation, receiving eastern, northern and western light, and bought the building in 2015. The former shop had a rendered masonry façade that was near collapse, but it had cultural and streetscape significance for the Darlington Heritage Conservation Area. The façade therefore had to be demolished and rebuilt as it had appeared. Clinton framed the original openings with pre-rusted steel, and the new openings with white powder-coat steel.

Greenery spills through these openings, as the east- and north-facing walls of the house are inset from this exterior façade, allowing an interstitial zone for planter beds and fishponds (with 30 edible perch). This provides a green outlook from inside the home and the plant transpiration, irrigation and fish-tank water helps cool internal temperatures.

The north-facing façade of a new addition is covered with solar panels where they are highly visible to passers-by, particularly schoolchildren and university students. “It’s not about hiding the panels away, it’s about integrating them with architecture,” Clinton says. Passionfruit vines grow up the green panels alongside the pavement, and ivy (a nod to the house being on Ivy Street) will grow up the rendered façade.

Inside the front door, the entrance has a bench seat, storage and hooks for school bags, coats and umbrellas. A large sliding door closes off a guest area, which is also used by Clinton’s children for crafts and music.

Two bedrooms and a bathroom are on the first floor. The kids share one large room with a sliding door separating the built-in bunks from a fold-down bed. Planter beds and fish tanks surround the louvres and sliding glass windows, and help the children engage with sustainable food production and renewable energy. “Kids have an increasing disconnect from food sources, so it was important that we can grow vegetables and fish and eat our own produce,” Clinton explains.

Two bedrooms and a bathroom are on the first floor. The kids share one large room with a sliding door separating the built-in bunks from a fold-down bed. Planter beds and fish tanks surround the louvres and sliding glass windows, and help the children engage with sustainable food production and renewable energy. “Kids have an increasing disconnect from food sources, so it was important that we can grow vegetables and fish and eat our own produce,” Clinton explains.

Floors, walls and ceilings are spotted gum (in variations of veneer, engineered and solid), and doors are dark-stained cedar. The spiral staircase flushes out hot air through the louvre windows, and automated blinds reduce solar gains in summer.

Upstairs feels like being in a treehouse with sliding glass doors and louvre windows opening to the verdant plants between the inner and outer façades. The louvres step in along the northern wall, divided by steel blades that shade the interior from the western sun. No air conditioning is required to keep the house cool, and an ethanol fireplace warms it in winter.

The kitchen extends the length of the room, with no-fuss, durable materials, including a five-millimetre-thick stainless steel bench and brass-sheeting cabinetry. The long kitchen island is open at one end to double as the dining table.

The rooftop garden is constructed of steel planter beds, of which the exposed soffit forms the ceiling. These steel troughs protect the west-facing balcony, where a ladder folds down to provide access to the roof.

Native plants, fruit and vegetables are planted in deep soil in the troughs, while others are filled with clay beads fill that grow bacteria to filter water. Nutrient-rich water from the fishponds is used to irrigate the garden beds and is cycled through the underground rainwater tank. Clinton connected the garden, irrigation, aquaponics, solar panels and lighting systems to technology to manage and monitor them from a smartphone.

“Part of the concept of the house is to make sustainability aspirational and achievable, and the technology makes it more attractive and a little bit fun,” Clinton says. He now brings potential clients to the house to demonstrate his integrated approach to architecture, landscape, food and energy and how a house can be a machine for sustaining life

Passive energy design
Designed with the building’s lifespan in mind, Welcome to the Jungle House is built to last. The steel structure, although higher in initial embodied energy, requires less maintenance and will long outlive the alternative timber structural elements. With careful orientation, the building intelligently reacts to the microclimate of the location, heating the spaces with passive solar heating and thermal mass when needed, and cooling with transpiration-cooled predominant breezes when needed. The façade oriented photovoltaic system is fixed in place with a clip system, allowing panels to be serviced and/or replaced with future models that may have higher efficiency, meaning the home can adapt to the newest technologies in the future. Provisions are made for electric car charging as the popularity of electric cars continues to rise and reliance on nonrenewably fuelled vehicles lessens. Flexible spatial planning allows the house to be adaptable to the occupants’ lifestyle, however it may change as the family grows. The rooftop garden and beehive provide abundant food for the family, who share the excess with friends and neighbours. Come One, Come All 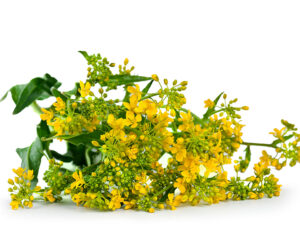