The new Nissan LEAF e+ has arrived in Australia, acting as an exciting new flagship model in the LEAF electric vehicle range by delivering more power, faster acceleration and an increased driving range between charges.

The “e+” in its name refers to the increased energy density of the model’s battery pack and the higher output of its powertrain. The new powertrain adds to the car’s range by more than 40 per cent, while unlocking quicker acceleration and faster charging capability.

Now featuring a 62kWh battery, the LEAF e+ sits at the pinnacle of the LEAF range, featuring advanced Nissan Intelligent Mobility technology, and delivering a thrilling 160kW of performance and a WLTP driving range of up to 385-square-kilometres.

Offered alongside the existing Nissan LEAF, the increased driving range provided by the new e+ is designed to further its appeal to customers who travel longer distances between charges, ensuring there is now a LEAF model to suit all needs.

“The Nissan LEAF is one the world’s most popular electric vehicle, the new Nissan LEAF e+ will only further that appeal by delivering more of what our customers love about their EV,” says Nissan Australia Managing Director, Stephen Lester.

“With more power, more range and more performance, as well as full bi-directional charging capability, the e+ is simply more LEAF, and helps ensure there really is an EV to suit every need in Australia.

“From zero-emissions commuting in the city to weekends away and everything in-between, the Nissan LEAF and LEAF e+ have you covered.”

With an additional 22kWh of energy storage when compared with the LEAF, the newly-developed 62kWh battery pack in the LEAF e+ offers 55 per cent more capacity and an approximate 25 per cent improvement in energy density while retaining a similar shape and size to the 40kWh LEAF battery pack; all without compromising the vehicle’s exterior design and interior space.

This new battery has given the LEAF e+ a significantly increased driving range of up to 385km2 (WLTP combined mode) on a single battery charge – an additional 115 kilometres over the LEAF capability.

The new Nissan LEAF e+ uses a new battery module design that allows for cell modules to vary in number. The new battery module uses an innovative laser welding technique on the cell joints to reduce the overall length of the module. At the same time, by changing the number of lamination layers of the cell, an optimal module height that matches the shape of the vehicle can be achieved.

The combination of these technologies has made it possible to achieve high energy density efficiently inside the battery pack.

Maximum power and torque outputs have also been increased in the LEAF e+, now an exhilarating 160kW and 340Nm, delivering faster acceleration performance. In the more powerful e+, 0-100km/h is available in just 6.9 seconds.

Just as important, and even more useable in daily driving situations, acceleration from 80km/h to 120km/h is nearly 13 per cent quicker than in the LEAF, allowing the e+ to confidently pass slower-moving vehicles, exit corners faster and more seamlessly and merge easily with fast-moving traffic.

The top speed has also increased by approximately 10 per cent (now 158km/h).

A feature that has the opportunity to revolutionise personal energy storage for consumers in a wide variety of scenarios, it also has significant potential to assist with imbalances in the electricity grid system as power demand ebbs and flows throughout the day.

Nissan is participating in trials that will be deployed in Australia to demonstrate the benefits of this technology to consumers, businesses and the national electricity market.

Further enhancing the Nissan LEAF driving experience is e-Pedal, which allows the driver to start, accelerate, decelerate and stop using only the accelerator pedal. To match the additional power and increased mass of the Nissan LEAF e+, Nissan has reprogrammed the e-Pedal software for smoother operation and enhanced pedal feedback, especially for operation in reverse, and for smoother and more rapid deceleration, making it easier to stop the car using e-Pedal, even when reversing. 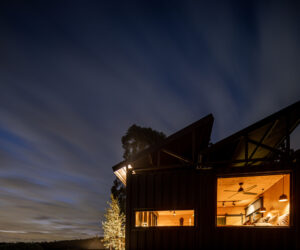 Coming to Shelter in January