“The outcome is a striking and creative reimagining of Milieu’s contribution to our city,” reflects Art Director Marsha Golemac. “Each participant was required to present a sketch along with material selection prior to producing their designs, so I was able to have visibility on how all the models would be presented together in the space and represent the initial concept developed by Studio Hi Ho,” she adds.

Capturing special moments from Milieu’s past work and representing a tangible expression of their values — the works aim to encourage discussion about what creative development for the unbuilt should look like now and into the future.

“Collaboration is core to who we are and what we do, and we have always felt passionate about empowering the architects and designers who are engaged to work on our projects,” says Milieu Director Michael McCormack. “This is why having creatives from our community reinterpret a decade of our creative development was the perfect way to celebrate this milestone.”

With 20 projects under their belt, Milieu have an established legacy of working with some of Australia’s most influential architects in DKO, Fieldwork, Edition Office, Freadman White, DesignOffice, Breathe, Openwork, and now Hassell — the calibre of such a cohort reflected in each and every Milieu development over the past decade.

The exhibition will be open to the public from 30 May – 11 June, located at 8 Otter Street, Collingwood, Melbourne. Visitors can attend between 12pm-2pm Monday to Thursday, and between 1pm-3pm on Saturdays.

Grace Brown is the owner of Oh Hey Grace, a Melbourne-based studio creating a mix of functional and sculptural pieces using a combination of wheel-thrown and hand-building techniques. Influenced by geometry, contrasting textures, architectural forms and the work of M.C. Escher, her work is part functional ware and part Utopian cityscapes with labyrinth-like buildings that feature layers of geometric stairwells, sharp lines, smooth adobe domes and archways.

Another Bureau of Design, led by Abdé Nouamani is a Melbourne-based studio working across furniture, lighting and object design. The studio utilises both industrial and handmade production techniques to create design objects informed by the aesthetics of the built environment. Working primarily with wood, metal and clay, Abdé explores the inherent qualities of these materials to create functional forms that are at once curious and familiar.

Tamara Maynes is a third-generation Australian, farm-raised in rural NSW. Shaped by her family’s Irish/English working-class background—and their rich history of labouring the land, working with their hands, and resourceful creative expression—Tamara has an innate curiosity and ability for design and making. Her creative output began as a young child and continues to span varied disciplines. Tamara is the co-owner/creative lead of The Establishment Studios, and a commissioned maker for art and craft-based design projects.

Melbourne-based architect Fabio Agostini has been working with concrete shapes since 2019. Beginning as a simple exploration of spatial configuration, his process has since gone on to explore works both abstract and figurative, mainly using and reinterpreting forms and symbols reflected in his past.

Born in Israel and based in Sydney, Erez Ben-Or is a ceramic artist whose practice is influenced by the textures, forms, rhythms, and materials of architecture—specifically Brutalism and the imposing, geometric nature of Brutalist buildings. Erez’s work is hand-built using a clay slab construction technique. For Erez, the slab has an immediacy and materiality similar to concrete. His work is finished using slips on the outside surfaces and only opts to glaze the work on the inside, to maintain a level of functionality.

Make Models is an Australian-based architectural model-making studio specialising in finely crafted scale models for architects, designers, and artists. Exploring novel ways of making through considered materials, the studio’s core belief is in the collaborative process, ensuring every model plays an important role in enabling the way we think, understand and communicate ideas. 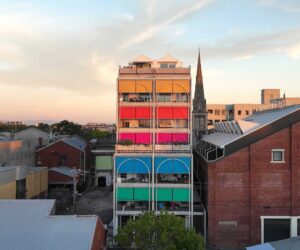 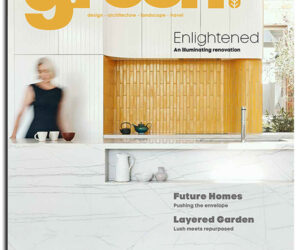 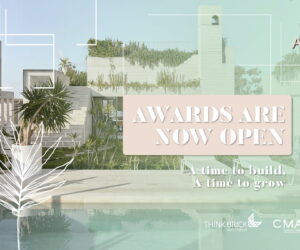