In awarding the Medallion, the jury highlighted the structure’s beauty and delightfulness in its eloquent connection between two shores.

“Yuandang Bridge is at once playful, achingly beautiful, and surprisingly, it astutely interweaves the intimate human scale with the vast seascape,” the jury said.

“There are moments for shared gatherings under the pavilion with its warped metal structure, referencing the wearing of water of the local Suzhou Taihu rocks, along with intimately calibrated moments for individual contemplation and discovery. The pavilion roof structure is detailed to seemingly impossible thinness, almost like a hovering sheet of water fashioned more evocatively by its rippled reflective metal lining.”

The bridge was also awarded the International Chapter Named Award for Urban Design.

The International Chapter awards were announced at an in-person celebration at Brickworks Design Studio in New York and streamed live on YouTube on July 8 at 10am (AEST). Brearley Architects + Urbanists BAU was also awarded the Award for Educational Architecture for their design of the Tianyou Experimental School in China.

The public school buildings utilise double-size windows to increase natural light, while there was increased focus on ventilation. A meandering corridor connects the school, while the rooftop sporting field makes the most of the land area.

“The design breaks away from the transitional institutional design by allowing the education space to extend beyond the bounds of a student’s home classroom,” the jury said.

“Pockets of space are integrated cleverly throughout the internal design, providing different modes of interaction and education.”

Warren and Mahoney, with Woods Bagot and NH Architecture picked up the International Chapter Named Award for Commercial Architecture for their Commercial Bay – Te Toki I te Rangi project in Auckland, New Zealand.

The ambitious development, which spans an entire city block and occupies 97,500sqm, uses a diagrid structure for the 38-storey tower, with a transparent façade and innovative three-level retail podium design.

“Its unprecedented local scale and position has driven its architects to successfully address a plethora of complex, contextual and cultural conditions, whilst setting a world-class standard for major commercial architecture in New Zealand,” the jury said.

The development incorporated Maori design thinking from the master-planning stage.

Columbia University Graduate School of Architecture, Planning and Preservation Professor of Architecture, Felicity D Scott, was awarded the William J Mitchell Prize in recognition of her contribution to Australian architecture in the international arena.

The jury said her work has become increasingly important as the professional rethinks its capacity to address climate change, colonialism and racial inequality.

International Chapter Executive Director Jennifer Nichols said the Australian Institute of Architects Awards program offered public and peer recognition of the innovative work of architects. The program also provides the Institute with a valuable mechanism to promote architects and architecture across Australia and internationally. Emergent—New Exhibition Highlights Discerning Eye Of Curators From The Pilbara 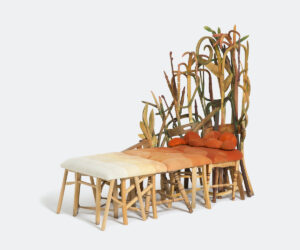