Founded in 2006, the Design Tasmania Awards were established to recognise and promote excellence in design and innovation. The awards aim to promote and showcase emerging, established and professional designers in Tasmania, nationally and internationally.

The 2019 awards will celebrate the richness of the design profession as well as the insight and perseverance of its practitioners. They seek to showcase the best new products that demonstrate the impact design has on our lives. Importantly, the awards promote the principles of sustainability in design practice and business —encouraging designers to consider the impact of their design decisions, use of materials and processes, and solutions in wholistic ways. A Design Tasmania Award is a clear indication of quality and a recognition of designers that pursue excellence in all that they do.

Ms Webster is one of Australia’s best-known figures in the creative industry. With more than four decades of experience, she has held prominent sector roles, as the Festival Director of Melbourne Fashion Festival and most recently as the Design Director at Buzz. She has over 25 years’ education experience, having held senior leadership roles at RMIT University and The Whitehouse Institute of Design.

Prior to working in academia, Ms. Webster worked as a fashion designer in London, Sydney and Melbourne for over ten years. She was the 2012 inductee to the Stonnington (Melbourne) Fashion Hall of Fame.

Damian Gentile has worked across a number of design disciplines since completing bachelor degrees in both Interior & Exhibition Design and Industrial Design. His previous work extends across fashion retail, hospitality, events and place-making, engaging with a number of small boutique and large clients around Australia, and collaborating with many other design disciplines. This breadth of experience has seen him gain unique knowledge and skills across interior design, furniture design, exhibition design and event production for both temporary and permanent projects. His current position sees him in an associate role at DENFAIR where he not only produces the event but is involved in the design and implementation of activation spaces at the show. It is through his work at DENFAIR that he gets to strengthen his passion for Australian design and play an active role in the growth and promotion of the industry.

Damian also works freelance where he continues to develop his experience as a multi-skilled practicing designer.

Tamsin studied Fine Art at RMIT before becoming an assistant to some of Melbourne’s best architectural photographers. She went on to work as a freelance architectural photographer for 10 years, contributing to a variety of architecture magazines. In 2006, she founded Green Press with Tom Bodycomb and they launched green magazine in response to the demand for a magazine devoted to sustainable architecture and landscape design. Tamsin is the editor. Green Press has been involved in co-hosting and sponsoring special events, such as a series of Green Talks and curating exhibitions as part of the State of Design Festival in Melbourne and Sydney Design. Since 2017, Green Press has worked on a series of installations on the topic of small-scale living, MINI LIVING – INVERT in collaboration with MINI.

Lucy Given is the owner of LUC. Design in Hobart, Tasmania. The award-winning store opened 2013. The store won Retailer of the Year with Gift Guide Australia in 2016 and represented Australia at the Global Innovations Awards in Chicago in 2017. The store won the Martin M. Pegler award for Excellence in Visual Merchandising in Chicago, and went on to win Retailer of the Year at the 2018 GALA Life Instyle Awards. This year Lucy won the Telstra Business Woman of the year for Small Business in Tasmania, and was recognised as one of Australia’s “Remarkable Retailers” by the National Retailers Association and global POS software company VEND. Lucy is regular speaker at the Reed Gift Fairs and Life Instyle on topics including store design, visual merchandising and creating a destination, online and regional retail business.

Claire is the Executive Director at Design Tasmania, where ‘design makes the difference’. She is also the current National President of the Design Institute of Australia (DIA), a DIA Director and Chair of the DIA’s National Advisory Council. Formerly, Claire was Programs Manager of the Textile Design degree at RMIT University. Her research explores creative relationships enabled through design projects, with a view to changing the way we think about design leadership, practice, and advocacy. Her aim is to change the conversation around design in the wider community, and create opportunities to showcase the value that design brings to our economic and cultural capital.

Gregory’s passion for ceramics started early in his life, fostered by his parents when they replaced his much-loved plastic toy potter’s wheel with a real one in 1975. Carrying this love for his craft into adulthood, Gregory has been practicing as a designer-maker since graduating from Monash University with a Bachelor of Arts Degree in Ceramic Design in 1988. His final year portfolio consisted of furniture, lighting and sculptural toy robots made from slip cast porcelain and painted with automotive and machine paints, steel and cast glass. Early in his professional career, Gregory was awarded a three-month studio residency in Northern Italy in 1991 through the Australia Council’s Visual Arts Board. Throughout his 25-year career, Gregory has continued to hone his skills as a designer and artisan. Adding computer aided design (CAD) to his skill set in the late 1990s, Gregory now collaborates with industrial designer Anthony Raymond working under the banner of Porcelain Bear. An early adopter and local pioneer of CAD design in studio ceramics, Gregory’s work has been exhibited in Europe, the UK, the USA, throughout Asia and locally. He is highly respected among his peers as a skilled designer, mould maker and craftsman.

Fiona Lehman is the Design Tasmania Operations Manager. Fiona spent a number of years managing an art shop and is a practicing artist, training as a printmaker at the Sydney College of the Arts, University of Sydney. With a big interest in Tasmanian design and art, Fiona has managed the Design Tasmania shop for two years before joining the executive team. 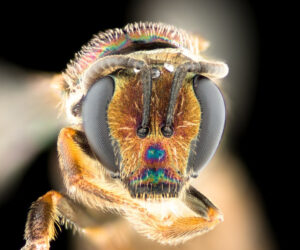